The Best Electric Cool Box to Buy with Reviews

An electric cool box has significantly revolutionized from their invention in the 50s. This is basically a portable box that mimics the functionality of a refrigerator. However, electric cool boxes may have the option of either cooling or maintaining food at warm conditions. Theses boxes could vary in size from a small portable one to big family ones that are wheeled.

Earlier boxes were simply made from plastic, stuffed with foam in between the walls. These boxes required no electrical power to keep them functioning, but they relied on the foams insulating characteristics. Ice cubes or ice packs would be placed inside the boxes to keep the contents cool.

** Below, you'll find our more detailed reviews by click in "Our Reviews" column, but you can also click the links above to see current prices or read customer reviews on Amazon.com. 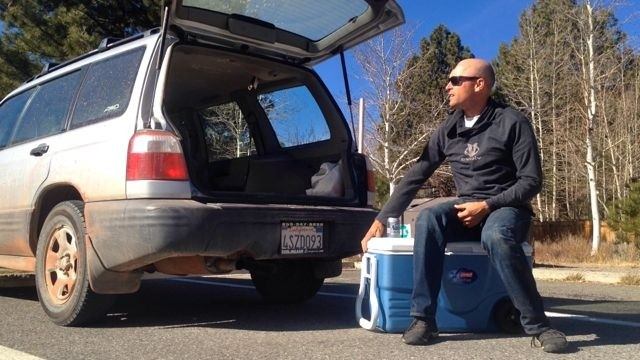 Invention did not stop on the latter cool box. Thermoelectric coolers then came into being. These coolers require a power supply for them to operate. Therefore they are plugged into the vehicle's cigarette lighter socket. The system however guaranteed longer durations of cooling than their predecessor, increasing the popularity of this technology to new and upcoming brands.

These coolers incorporate the use of an external fan, used in drawing heat away as well as the Peltier effect to keep the contents of the box cool. This process, though, can be reversed, and by so doing the cooler becomes a warmer for foods.

This, however, comes at a price as the coolers are known to draw a lot of the car's power. Suppose the vehicle owner forgets to switch the cooler off, and the car engine is not running, the cooler may draw all the electric charge from the battery to the point it can't start the car ﻿without jumping it. This necessitated the incorporation of an off switch to the cooler on low voltages. This works perfectly.

Some of this coolers come with an adapter containing a transformer which converts AC mains to 12 volts.

Benefits Of Using An Electric Cooler 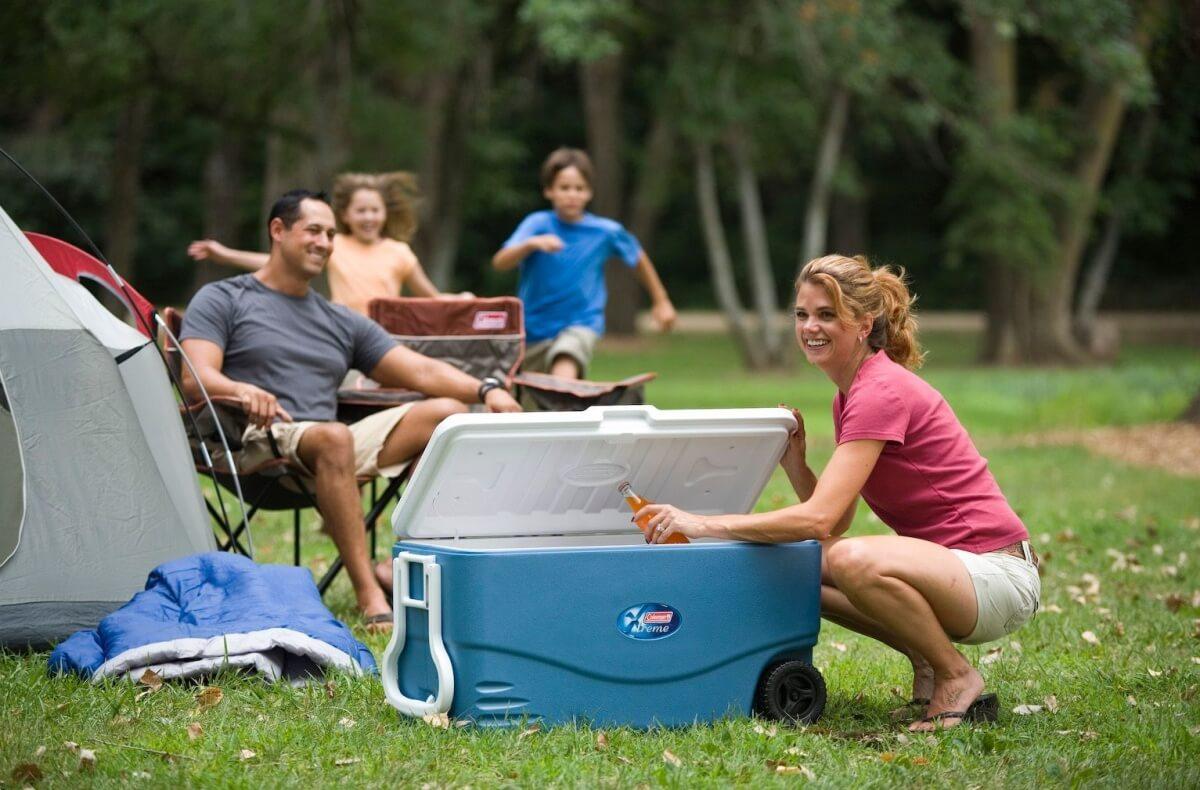 Electric coolers are undoubtedly very beneficial. Different brands have flooded the market claiming to have the best cooler out of all. The parameters used for holding such sentiments are the size of the cooler, the amount of time it can stay cool, the amount of noise from the cooler and how much power it draws from the car's battery. Here is a review of five of these brands.

This is a travel cooler that will sure serve you to its best. The Black & Decker electric cool box plugs directly into a 12-volt power supply. This makes it possible to hook it to a vehicle's or boat's 12-volt DC without any worry, and you are good to go. The product looks very nice and has a nice size.

Employing the thermoelectric technology, this product is able to keep food and drink either warm or cold depending on the preference of its user. The cooler is able to achieve temperatures of 40°F below the ambient temperature, which is considerably low and sufficient to maintain the coolness of its contents. On its warming characteristics, the cooler & warmer is capable of heating up to about 120°F. This ensures that its contents remain at their warm nature for as long as possible.

In addition to this, the Black & Decker has a low voltage auto cut-off which prevents the cooler from draining away the vehicle's battery when its engine is not running. As if this is not enough, the product has a dual can or cup holder, and a side storage as well.

The Igloo 40375 cools without ice as the name suggests. This is also a 12-volt device and is ideal for anyone on a road trip, vacation, or on a boat. Its area of application is very wide. The cooler is able to plug into any 12V auto plug adapter. Also, the incorporation of an 110VAC converter makes it perfect to be used in a motel, hotel room, and even in your dorm room.

This product has been engineered to cool down amazingly. The cooler is able to achieve temperatures of 38F below ambient temperatures. This has been made possible by the convection cooling fans which circulate cold air within the system.

The Igloo has added swing-up handles on the side that are used to ease the process of carrying it. In addition, the product has an adjustable shelf with a brushless motor that is quite long lasting. It is also dually oriented, enabling it to function as an ice chest or a refrigerator.

The Koolatron cooler employs the use of the thermoelectric technology, therefore making it possible for it to comfortably warm or cool its contents. This product has a slim profile, and a compact design that makes it suitable for use in minivans, SUVs, and small cars as well.

The Koolatron comes with a 12 volt, and 120-volt adaptor. The cooler has an amazing interior spacing that can hold up to two 2-litre bottles, and a surprising eighteen 12 ounce cans.

Coolers are notorious for irritating noise from their fans as they are running. The Koolatron cool box, however, brags for its quiet motor and fan. The fan is used to circulate air within the system, so as to achieve even cooling or heating of the contents in the cooler. The cooler is able to achieve temperatures of 40°F below ambient temperature and heats up to approximately 149°F.

This cooler box has a smart design and beautiful design for the consumer. With a wide application in different areas, households, restaurants, and the likes, the client is guaranteed flawless, reliable functioning. The product comes with a DC and AC plug for use while powering it. However, the product uses more power when powered through an AC supply than it does when powered through a DC supply.

The cool box employs the use of the thermoelectric technology. Therefore the cooler is able to cool as well as warm its contents, depending on the user's preference. The cooler is very competitive in this field since it offers quiet operation and a relatively larger range of cold and warm temperatures from its counterparts. On cooling, the cooler cools down to about 64°F – 68°F below the ambient temperature. This is a considerable range and a definite plus to the product. On heating, however, the product has a margin of error. It can heat up to a temperature of 140±50°F.

The Igloo cool box, as the name suggest does not use ice to cool its contents. This eliminates chances of having a messy car due to ice. This cooler utilizes the thermoelectric technology for its cooling purposes. On the reversal of the thermoelectric process, it is possible to provide heating conditions in a cool box, and maintaining food at their hot temperatures. However, the Igloo lacks this heating feature. This is a setback to the cool box as their competitive counterparts offer both cooling and heating functions.

However, this product is able to cool down up to temperatures of 36°F below ambient temperatures maintaining your food at a cool that is so refreshing. This is achieved by the brushless motor and a convection fan that enables the even flow of cool air within the system. The brushless motor is also quiet. Therefore the system won't be producing any irritating noise when it is plugged into power.

The product can be plugged directly into a 12 volt DC outlet, for instance, the cigarette lighter socket to ease powering off the device while traveling. Also, the system features an 8-foot long power cord that enables it to be powered easily even when it is in the second row of the car.

Produces a noticeable soundThe Igloo cooling boxes reviewed here, only offer a one-sided functionality. They offer an amazing cooling range, but since they do not provide heating, they cannot be used in very cold areas to prevent the freezing of some items. The Koolatron cool box, despite its generous internal space among other pros it may have, has received quite a handful of negative review bumping it down the list of which cool box is the best.

From the reviews given, the Black & Decker TC212B Travel Cooler & Warmer is more superior to the other cool boxes. It has a good appeal to the eye and offers excellent functionality for both hot and cold conditions.

The Top 10 Most Affordable Toyota Models

7 Things to Consider When Buying a New Car

How To Save Money On Your Auto Repairs

Tips to consider as a first-time car buyer 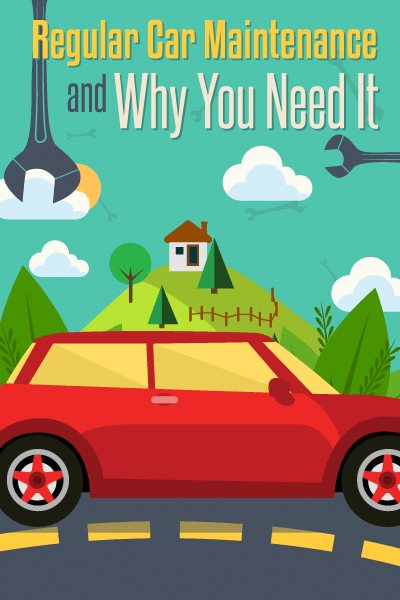 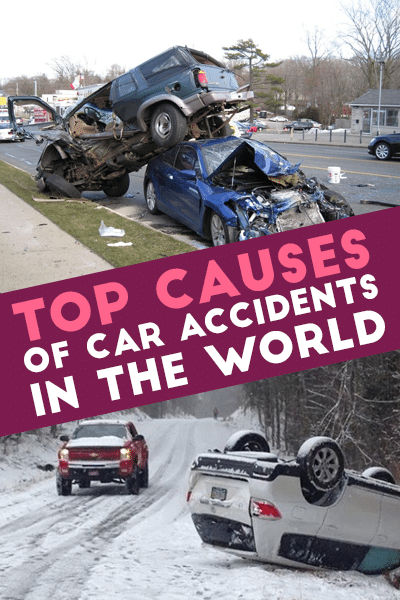 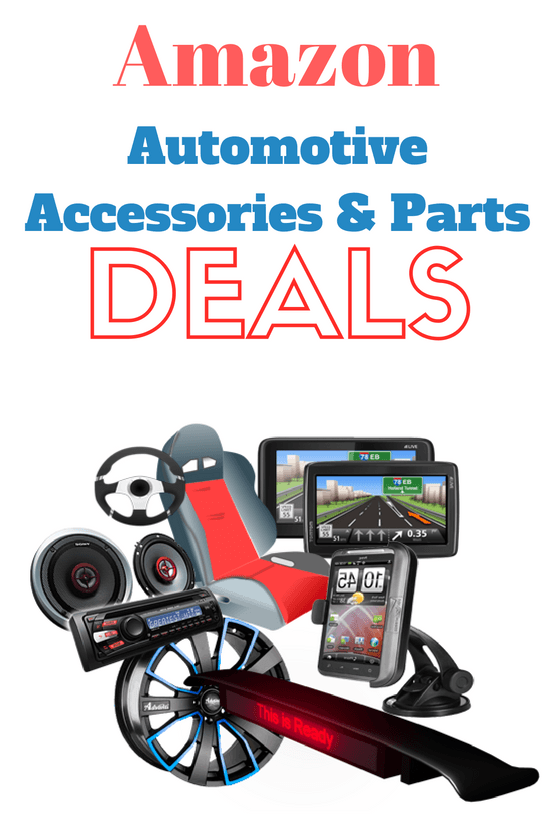